Why You Must Use Video Marketing for your Law Firm

Are you one of the personal injury attorneys who cringe at the thought of talking in front of the camera? Well, you should muster the courage to do video marketing for your law firm as research shows that it increases revenues by an average of 300%. Watch this YouTube video for tips on how you can be a natural in front of the camera and create a compelling video to promote your business.

Hey guys, it’s Jesse here again, another drive-time marketing talk. So I met with a client today, and we shot a video, and we had a blast.

I wanted to share with you how to not let video freak you out. I’ve had clients that say, “I hate video, I don’t want to be on video. I’m no good in front of the camera. I’m terrible, I freeze up, or I look stupid or all that”. I’ve gotten pretty good at sitting behind the camera, like a director, and helping people to do better in front of the camera. I found out a couple of things, vital things that make all the difference. Number one is you just have to stop talking negatively about yourself and stop using negative self-talk because that’s defeating before you begin.

It sounds like common sense, but I bet you’re guilty of that more often than you think that you’re willing to admit. Number two, people want to connect with real people. So I know that this is not a professional video and it’s kind of silly and I’m driving and all that. But you know, I am going just to tell you the truth as I see it from my point of view. I’m doing this extemporaneously improvisationally it’s coming off the top of my head. Scripted would probably make it better, scripted would be better for my corporate main page video or whatever. I might have to rehearse and practice a little bit. But for the most part, people just want to know who you are before they do work with you.

So I’m with the client today, and he had prepared some answers to my questions that he was supposed to talk about. It was very stilted in almost robotic. So what I did was, my buddy Bill was next to me helping out. He’s a videographer, helps us a lot with my projects. I look at him, and so I just said to my client, “Hey, just relax, take a deep breath in, exhale. We’re going to do this like an interview, and you don’t have to memorize anything. You’re not going to read anything. There’s no script now. I mean we have a framework that we’re going to follow. Yes, but I’m just going to ask you each part of the structure as if it was a question like it was just you and me talking and I’m going to stand next to the camera so that you can look at me and it’ll be close enough to the camera. Okay, so you can have a conversation with me and not this object here that’s really devoid of emotion and scary and weird. Look at me and let’s talk”.

The minute we did that, he just opened up relaxed, and it all came out flowing nicely. Excellent information that he shared, a little bit of emotion. It was a great mix of head and heart, connected entirely with the camera. Everything was great, and afterward, I had to point it out. Each time he did a clip I said, “check this out, look and hear and feel how much easier this was because you simply had a conversation, you relaxed, and you allowed yourself to improvise a little bit.” Even if you have a script, a slight bit of improvisation is not bad if it allows you to relax and be more of yourself.

See, what we don’t want is the mask that you wear when you’re nervous in social situations. What we don’t want is the fake you that you put on for social media to look like a duck face, glamour model thing. Nobody wants that garbage anyway. If we’re watching a video, if you’re watching this right now it’s not because you just think I’m amazing. It’s because you believe that I have some content that might be relevant to you and important to you. In addition to that, you want to know that I’m not just shining you on and, and I’m not just pitching you like a used car lot sales guy. You want to see that it’s relevant content. It’s exciting and that I’m at least somewhat trustworthy. In other words, you want to know like, and trust me if I’ll allow you to, right? If I’m going to make it easy for you, if I’m going to make it tough, you’re going to turn it off.

So the same thing goes for any video that you ever want to make is you just got to show a little bit of your personality. So relax. Let yourself improvise a little bit. Yes, use a framework. Use a script if you need, but allow yourself to dance around the points of the text. Think of it as bullet points that you want to follow to keep yourself on track. The other thing is getting someone to have a conversation with if possible, at least to warm you up. Even if you’re doing direct to camera, a little bit of discussion makes it so that it’s natural and it feels like a conversation.

Isn’t that what you want in your marketing? To have a conversation with your potential clients, patients or customers.? That’s all it really is. It is a conversation so they get to know you a little bit better and a little bit more about what you do to determine whether your unique selling proposition or your value proposition makes sense for them and that they trust you enough to even give you a shot at it. So you need to be thinking about that when you’re making a video. If you’re intimidated, you’re either going to come across as intimidated or intimidating and either way, it’s not right.

Now another thing I want to say, I should have probably said this first, but it’s the second major point of this video. I even gave you some sub-points of how to make a better video, but point number two is you should make a video. I have a lot of clients that do anything they can to avoid being on video. They want to spend $7,000 a month on SEO, and they want to buy a fancy website and maybe better photos made, and they will do anything they can to not be in the video.

Some of them don’t even want to be on their website. Usually, that’s not a problem for attorneys cause you guys like to get your picture on everything but video, it can be scary. Maybe you did a commercial for TV, like 10 years ago or longer, and you think it’s going to be a pain in the butt like that because you’re considering that it’s got to be overly produced and polished and nerve-wracking and make it drenched with sweat. There are a time and a place for a professional video on your homepage, your website, but for the most part, people want to see more in-depth.

That’s where the world is moving towards reality TV, and people are looking for a little bit more of the gritty behind the scenes. So don’t be afraid to show a little bit of that, and hopefully, that helps boost your confidence, so you’re willing actually to do video in the first place. So go out there, make a darn video for your business. 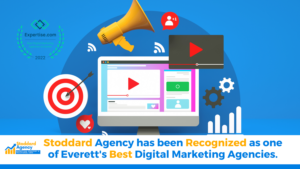 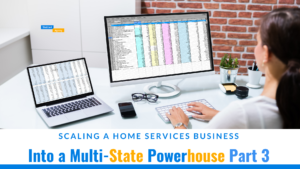 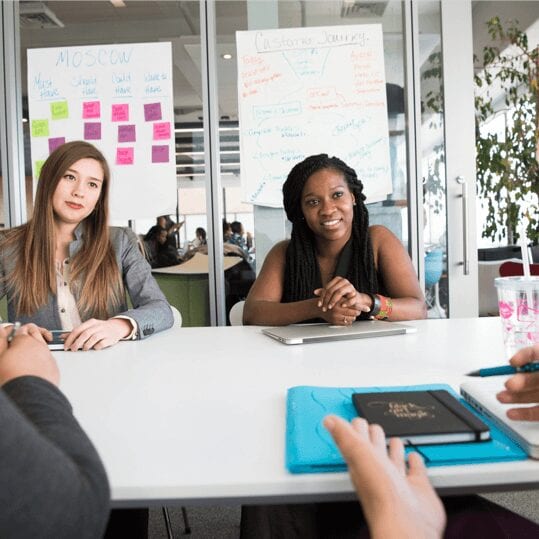